(1)
This short version provides evaluation of the key areas of inattention, hyperactivity/impulsivity, learning problems/executive functioning, aggression, and peer relations. Handscored. 25/pkg.
$96.00
Handscored forms to be used when computer scoring is not used. 25/pkg

professional 11/02/2021
By Jennifer Canales
These forms are well designed for ease of diagnosis.
Write a review
Read all reviews
Dr. C. Keith Conners has had an extraordinary and diverse career as an academic, clinician, researcher, lecturer, author, editor-in-chief, and administrator. His dedication to the study of ADHD and other childhood problems propelled him to the forefront of his field. His intense interest has led him to write several books, journal articles, and book chapters based on his research on ADHD and childhood disorders. He is highly recognized in the field of psychology for his numerous contributions. 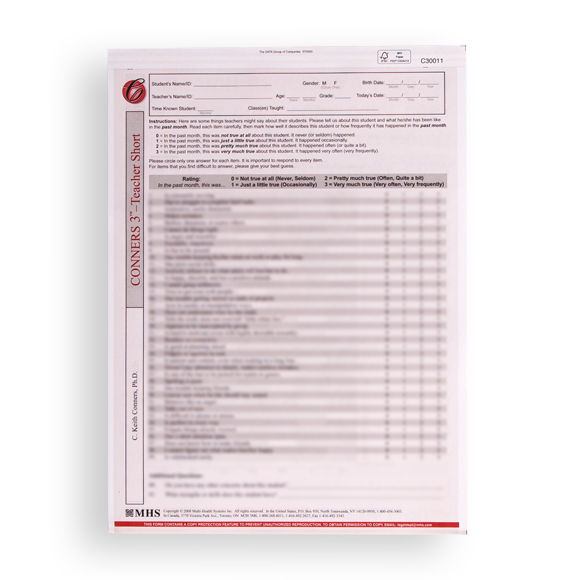